The line to this wreck was not intact the last few times we attempted to dive it for video footage, and everyone was getting burned out on what usually turned out to be unsuccessful hunting dives to find the plane. We were leaning toward dropping on it from the boat and running a new line back to shore, but then some kind souls did it for us. So yesterday, we decided to head out and get some good photos.

Our group of five dwindled to three for various reasons, so we adjusted the plan accordingly. Once on the wreck, JJ and I would ditch scooters. Then I would place a light in the fuselage, while he hovered above with the second light as I shot photos. Josh was doing his own thing with his camera mounted to the scooter.

We started at the nose of the plane to get a shot looking toward the tail. Visibility wasn’t good enough to really light it up without a third person running lights, so I grabbed a shot and moved on pretty quickly. 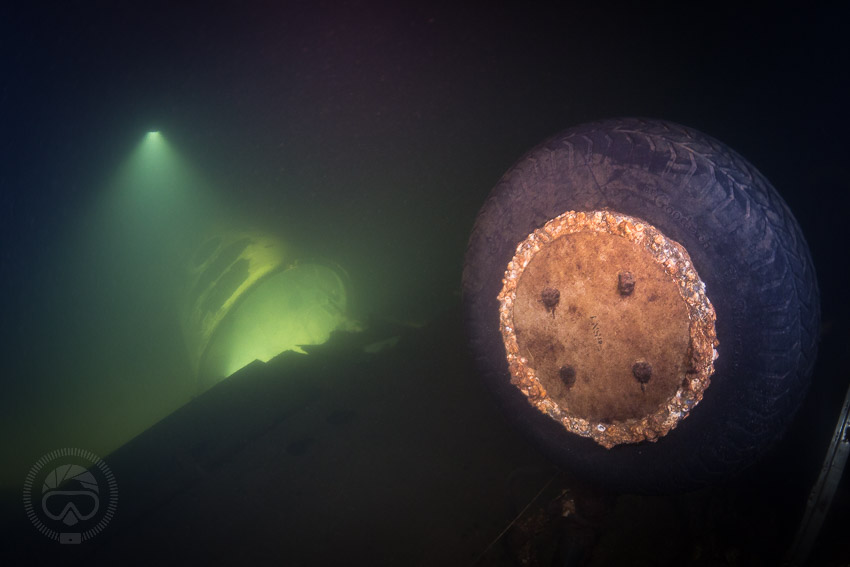 I had expected the “money shot” to be light spilling out of the swiss cheese tail section on the side nearest to the line, since this area looked good in video we shot previously. 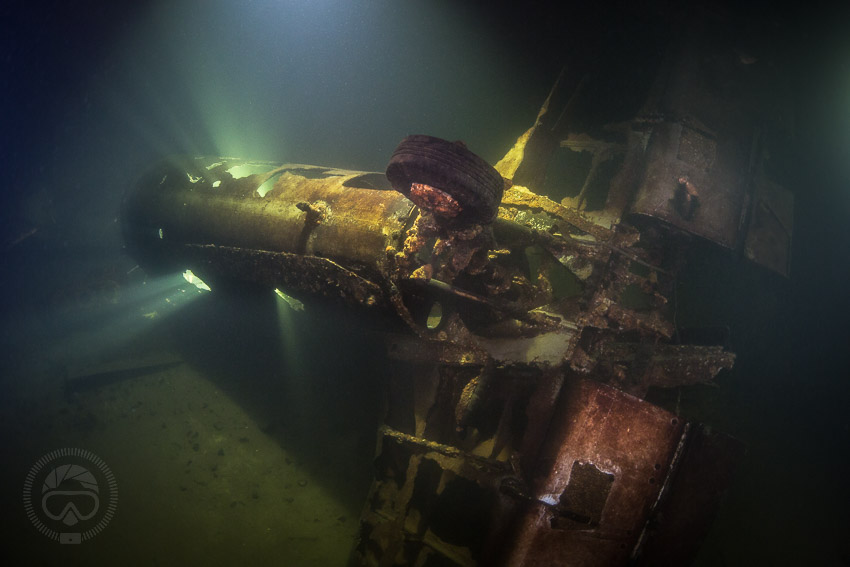 In hindsight, I spent too much time on that side because when I started to get bored and moved on to the far side of the tail section, I noticed that the light streaming out looked much better there. 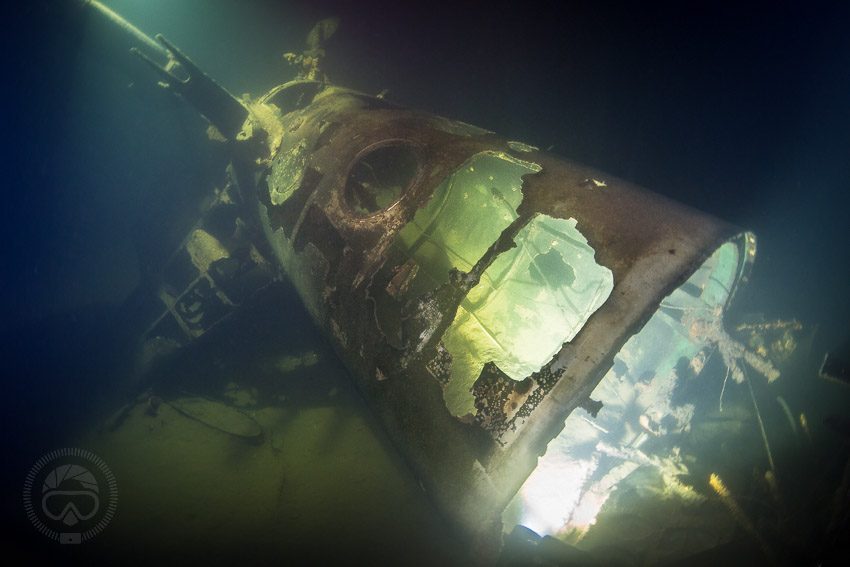 By now, we were getting close to our normal turn time for this site, so we quickly moved up to the engine area for some final shots. First, I captured a side shot. 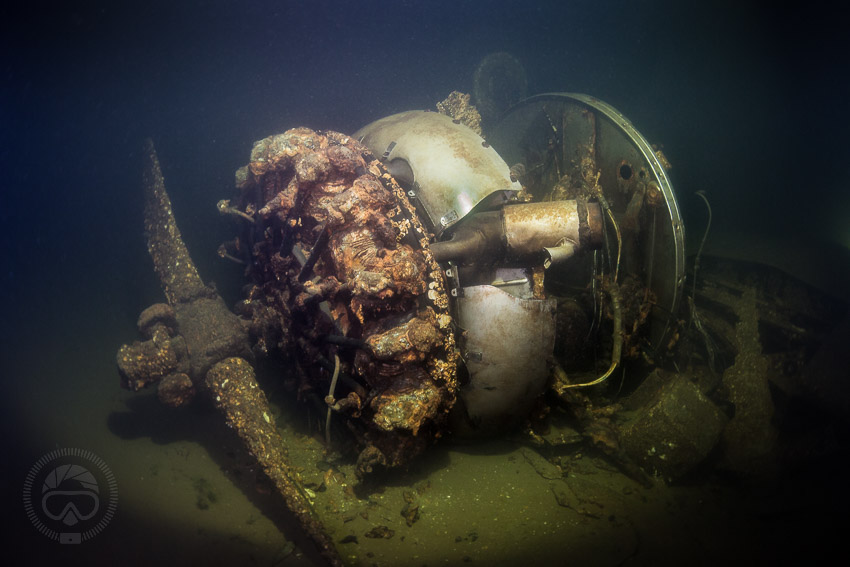 Next, I moved up to where we started at the prop to get a final parting shot before stowing gear, collecting scooters, and heading back on the line to our first deco stop.

Next time, we might try to bring twice as many lights and go for a birds-eye shot of the whole wreck.